Fortify is a science-based recovery tool to help individuals quit pornography through comprehensive training, real-time analytics, and interactive support so that more people can find greater happiness and lasting love. 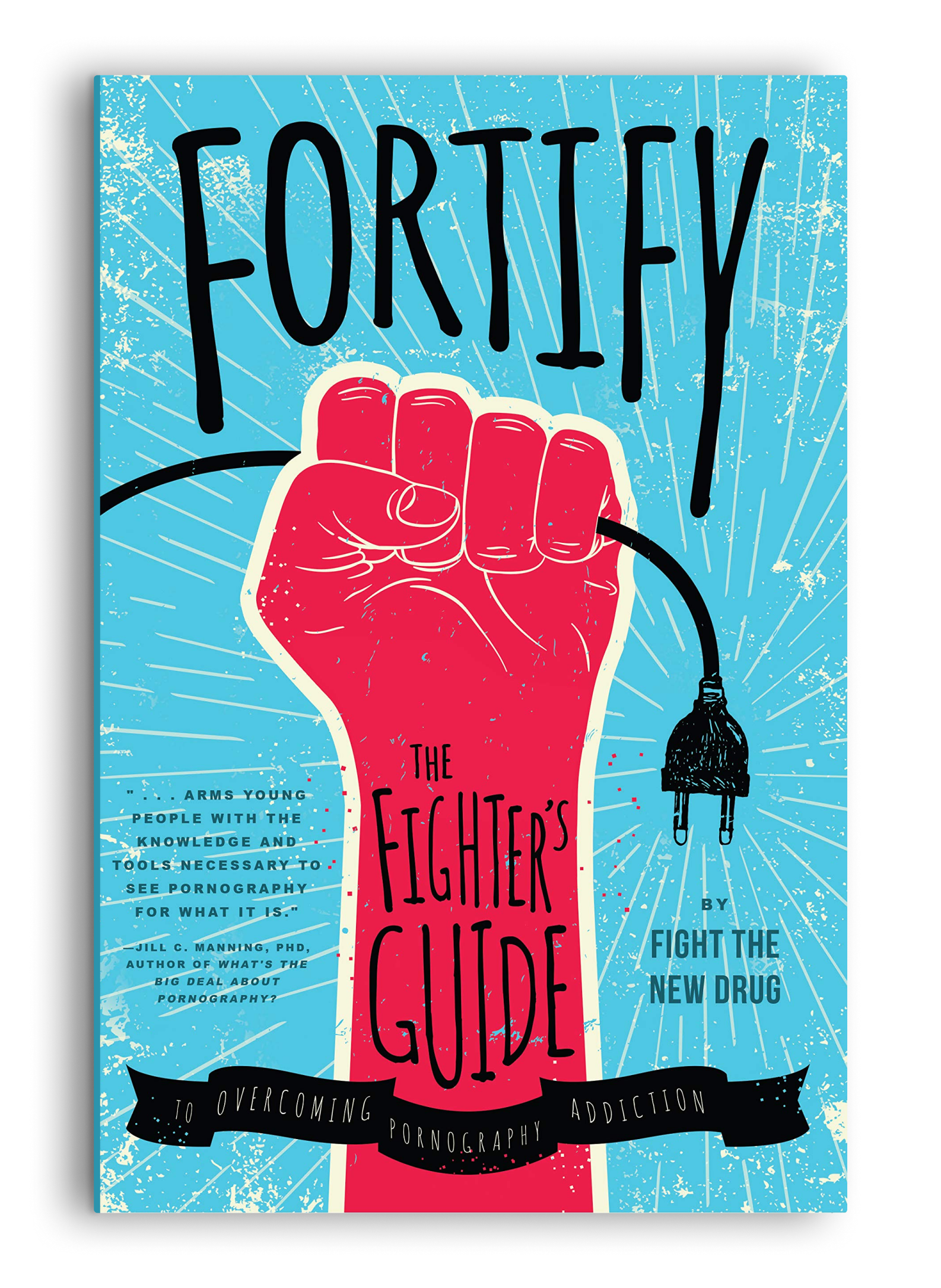 How it all began

It all started with a few guys that met in college. In their discussions, they all realized they have all been affected by one thing... pornography–either in their own lives, or in the lives of their friends and family. They found science and research proving the harm of pornography. They realized the legitimate epidemic facing our brains, our relationships, and our society. They started a movement and non-profit organization called Fight the New Drug.

‍After hearing from tens of thousands of individuals seeking healing and recovery from pornography and other forms of sexual compulsivity, they decided to created an anonymous online tool called Fortify to help provide education and awareness, connection with others from around the world on the same journey, and a way to track and visualize progress overtime. Fortify was later carved off into a separate entity to allow for the expansion to other digital wellness tools such as Lift, Turn, and Climb.

At Fortify, we believe every human being should have the opportunity to experience wellness. We launched Fortify with the vision to help people. We have assembled a talented, cross-functional team to develop the most comprehensive and life-changing platform for recovery. And we’re just getting started. The best way to design is together, and here's a little intro to our team:

“I wish everyone understood just how much better life can be without this struggle pulling them down. We are committed to helping people overcome sexual compulsivity and doing whatever we can to support you on the journey toward deeper healing and recovery.”

As we have carefully created the content for Fortify, we formed a Clinical Advisory Board of some of the world's foremost authorities in healing and recovery. These experts help us achieve our goal to offer the most comprehensive and effective well-being tools to people around the world.

Dr. Carroll is a Professor of Marriage and Family Studies at Brigham Young University and a Fellow of the Wheatley Institution - and an internationally recognized researcher and educator in the areas of marriage fragmentation, sexual intimacy, and modern threats to marriage.

Dr. Pentz is a board certified psychiatrist, with a specialty in children and adolescent mental health. She has worked many years helping patients with an integrative approach and wrote a chapter for the 2015 text, Integrative Therapies for Depression: Redefining Models for Assessment, Treatment and Prevention.

Dr. Lacasse is an Associate Professor of Social Work at Florida State University and has published research on barriers to evidence-based mental health practice and clinical treatment of children. He is on the scientific advisory board of the Foundation for Excellence in Mental Health Care and is a fellow of the Royal Society of Medicine.

Dr. Chamberlain has worked in private practice for many years with a specialty in addiction recovery, and emotionally-focused couples therapy. He has also taught at a college level, with books that include: Willpower Is Not Enough and The Challenge of Enjoyment in the Age of Addiction.

Dr. Hilton is a clinical associate professor of neurosurgery at the University of Texas Medical School and a fellow of  the American Association of Neurological Surgeons. He publishes and speaks widely on the the brain’s role in pornography and sexual addiction, including a recent article, Pornography Addiction: A Neuroscience Perspective.

Dr. Manning is a Licensed Marriage and Family Therapist, a Certified Clinical Trauma Professional, and a Board Certified TeleMental Health Provider, with specialties in helping those impacted by sexual addiction, pornography or betrayal trauma. She served on the Board for the Association of Partners of Sex Addicts Trauma Specialists.

Dr. Dave is a professor and family life extension specialist at Utah State University. As a family scholar he publishes and speaks widely about personal well-being, parenting, and couple relationships, including a TEDx talk and textbook on family life education.

After finding his own long-term recovery, Jason founded the nationally accredited Brick House Recovery. He has a Master of Professional Communication Degree and serves on the Idaho Conference on Alcohol and Drug Dependence Board. Jason is a TEDx speaker and recently published, Unhooked: How to Help an Addicted Loved One Recover.

Dan is a licensed clinical social worker, a Certified Sexual Addiction Therapist and a certified counselor with the National Association of Forensic Counselors. Along with a busy private practice, he lectures widely and provides training to numerous civic, religious, and professional organizations throughout the country.

Our Journey So Far

An Ecosystem of Healing

Our purpose is to help people improve their whole life by developing life-changing wellness tools. Here are the other tools we offer:

Help your employees and patients improve their lives and find healing and recovery through our suite of evidence-based digital wellness apps: Lift, Turn, Fortify and Climb.